QUEEN OF THE NIGHT 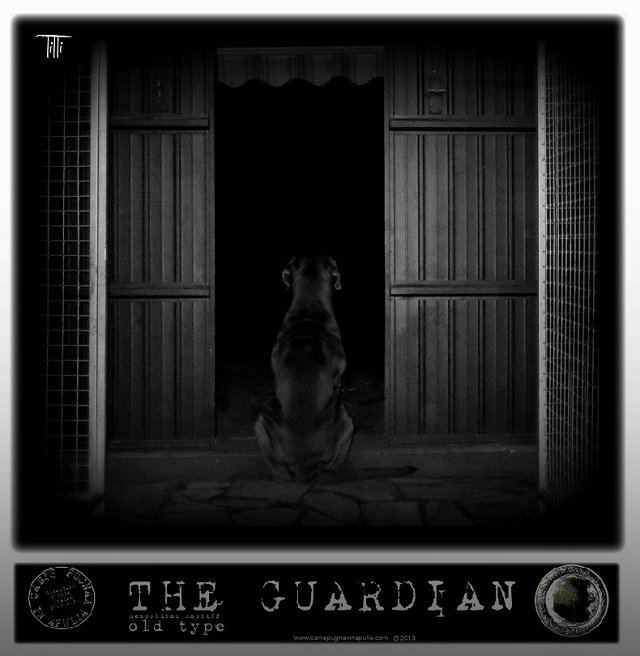 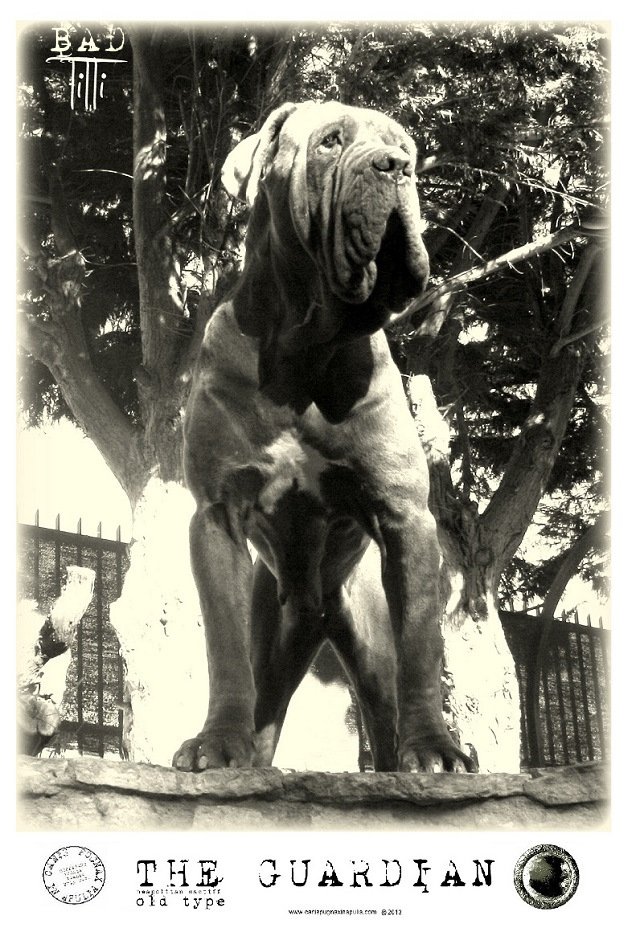 HEAD OF THE BLACK MOLOSSUS 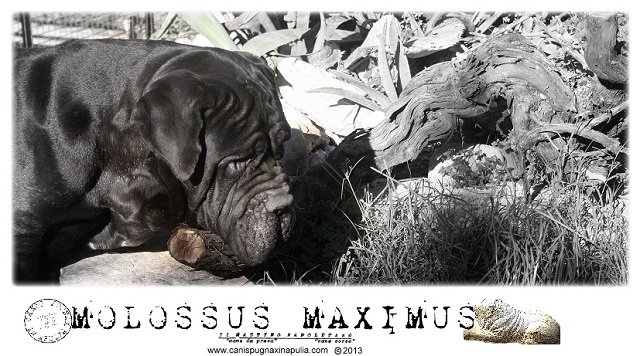 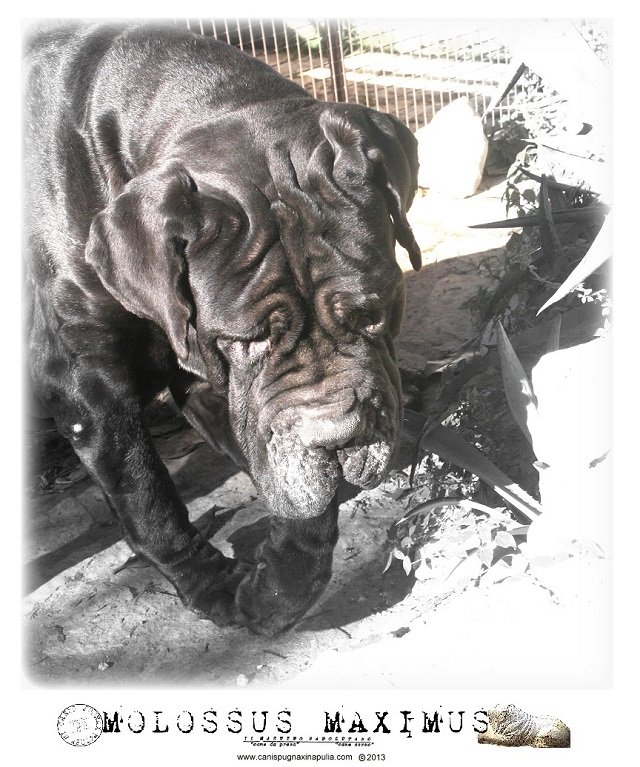 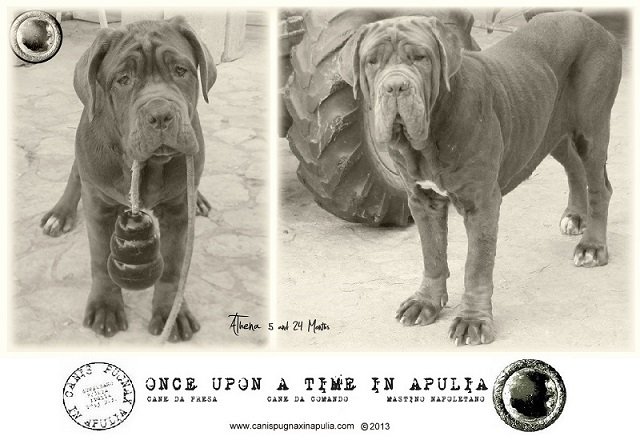 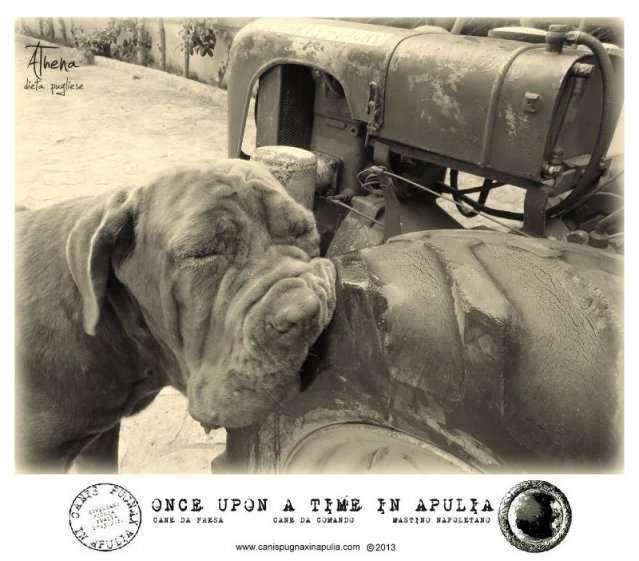 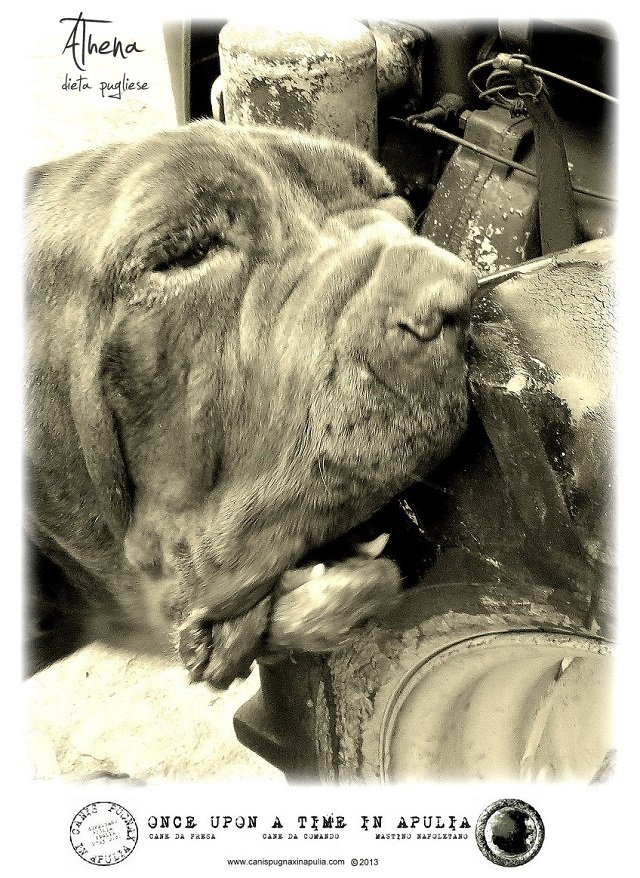 The Neapolitan Mastiff is a guard dog and deterrence.

This does not mean that you can take a dog “only” for these functions : with enough time , anyone can overcome even the best alarm system , let alone a dog.
Who wants just a ” system intrusion ” should install an alarm system , with less risk for both the owner and for any dog.

But remember that the Neapolitan Mastiff is a guard dog is used to create a better relationship between dog and owner , a relationship that is mutually satisfying .

Bearing in mind that each person has a peculiar character , a watchdog has very specific characteristics , which are not to be confused with the characteristics of a dog by the defense.
Do not confuse the defense even with the protection that a mastiff put in place against the owner when, for example , you walk with a leash or when approaching a stranger.
The mastiff , just because a dog is selected for the guard , does not like strangers , and it is this feature that makes the dog does not leave willingly bring anyone not an instinct of defense, but a logical consequence of the instinct to guard .

Who wants to have a Neapolitan Mastiff to go with a walk, will have to socialize as much as possible in order to ” soften ” his instinctive mistrust of strangers . Of course, this “closure” will ensure that even the instinct to guard is also damped .
You can not get a bulldog he is a great keeper and that is , at the same time , sociable with everyone.
On the other hand , does not even stimulate sbattacchiando objects against a gate, if a guard dog needs a lot of noise to notice the intruder .. not much of a guard dog , because hardly anyone who wants to sneak stealthily in a house is preceded by the sound of trumpets and fanfare.

The Neapolitan Mastiff is not what is called a ” defense dog ” , but it is a pure guard dog .
A guard dog and a dog defense have some features that are not compatible with each other, first and most fundamental of all the great trainability needed for a defense dog .
The ” trainability ” is not the ability of each dog properly trained to respond to comendi Owner : all dogs are ” trainable ” in this sense , although it would be more correct to say ” educable ” .
The ” trainability ” is a characteristic of instinctive dog, detectable from 6 to 8 weeks of life.
A high trainability indicates a natural predisposition to recognize a man “even” : the puppy a few weeks approaching the stranger who calls him and follows the stranger who walks away, the man instinctively recognizing the role of ” adult dog ” . A defense dog has a high trainability because instinctively trusts man instinctively considers it part of his pack .
A guard dog , however, has by no means a high social attraction toward the man , let alone the instinct to follow the stranger. If this makes it as good as guardian , it also makes , in fact , little trainable .
Will instead have an innate instinct to guard , or capacity that is there or is not there and that you can not teach in any way .

A guard dog , as opposed to a dog more distinctly brought to the defense , does not need a strong bond with his human leader to have a strong motivation to accomplish his work is highly territorial and has a strong bond with her territory to motivate you .
A guard dog has a very high temper and a lack of fighting spirit , which brings him ever , especially if and only then in a position of inferiority, to deliberately seek confrontation , which would be counter to the purpose of the function for which it was selected .
It has a predatory instinct and curiosity minimal features that have been discouraged in the course of history, both to protect the territory even in the absence of man, both to limit the instinct to move away and make it , in fact, a poorly dog active , able to remain “pending ” for several hours, without feeling the need to find other activities which are not to check for the presence of foreign elements in its territory.
A guard dog will not ” bored ” and do not stress on making the guard is doing what his instinct tells him to do and that is rewarding for him .
This does not mean , of course, that you should not interact with him , even if you do not want the dog to guard face guard “his” territory even against us , we must seek to establish a relationship right now .
You can not ” put” a guard dog in the yard and forget it : would inhibit access to us.

TO STAY HEALTHY ALL THE DAY, FROM LITTLE TITTI STAY AWAY 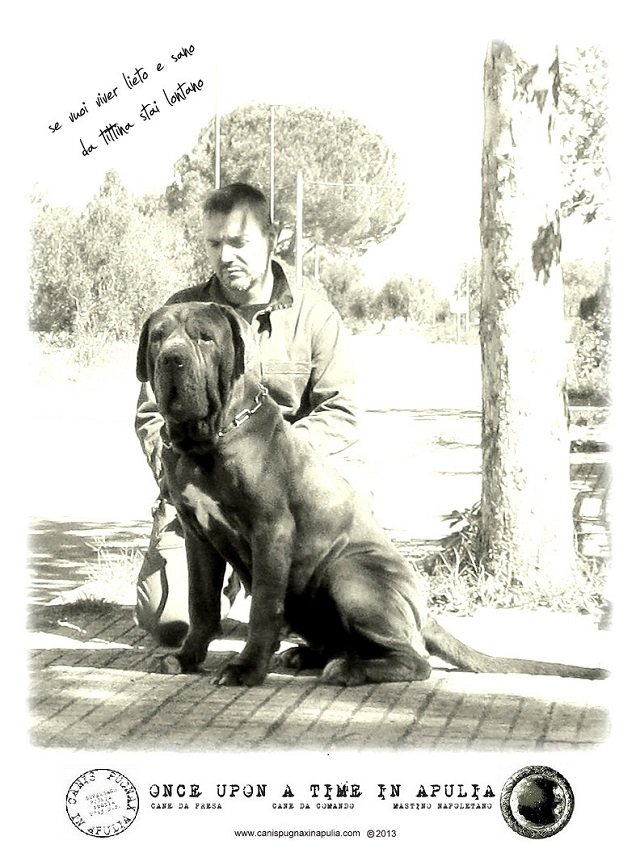 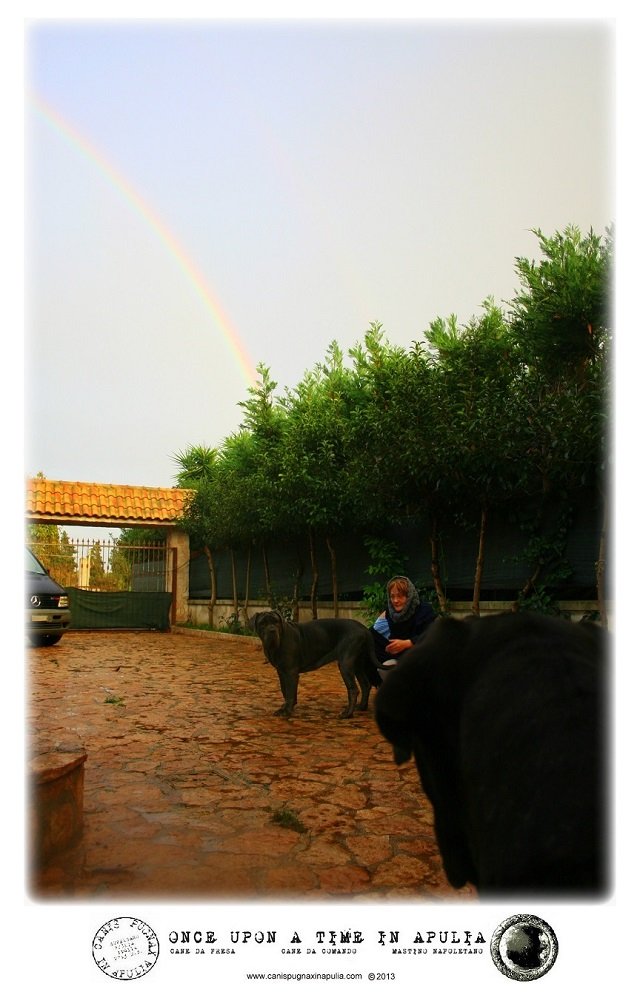 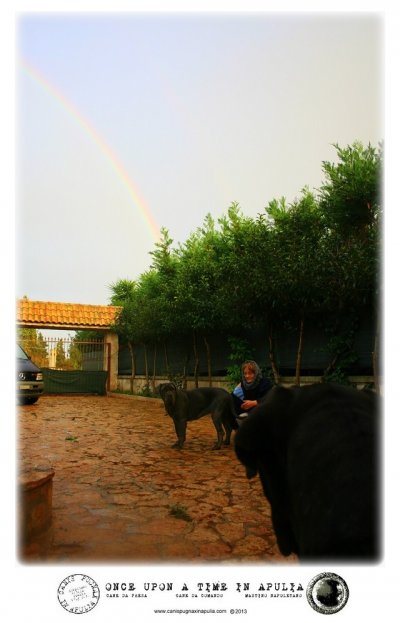 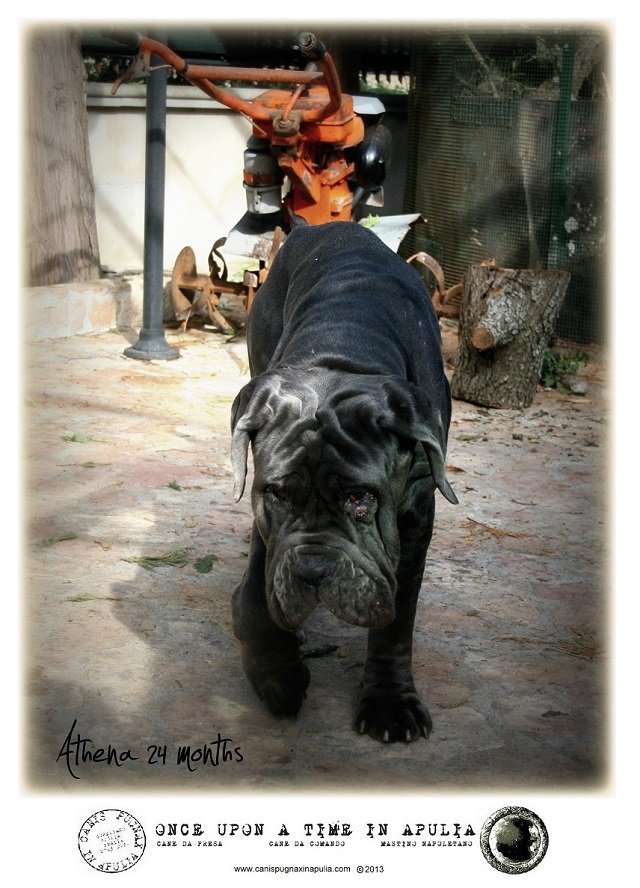 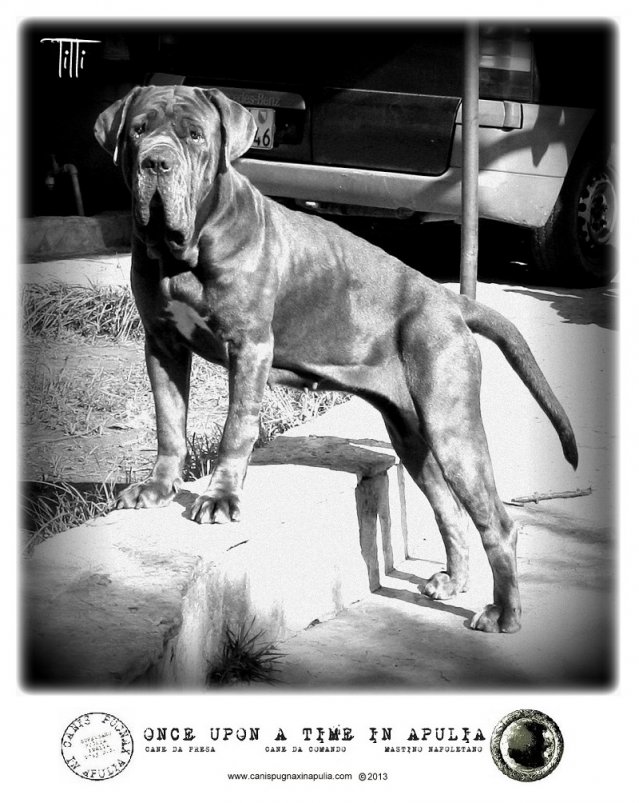 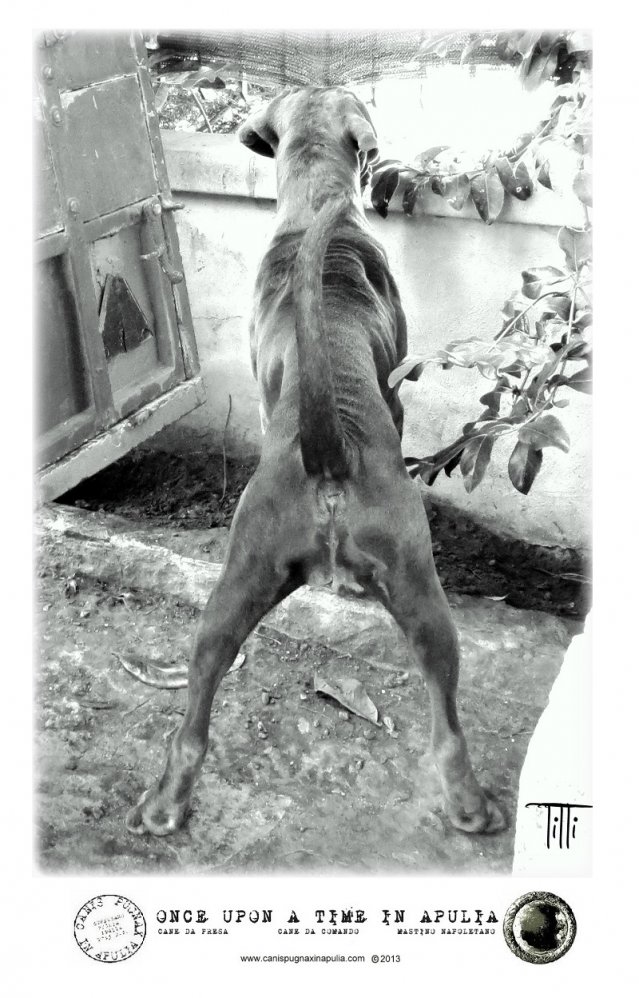